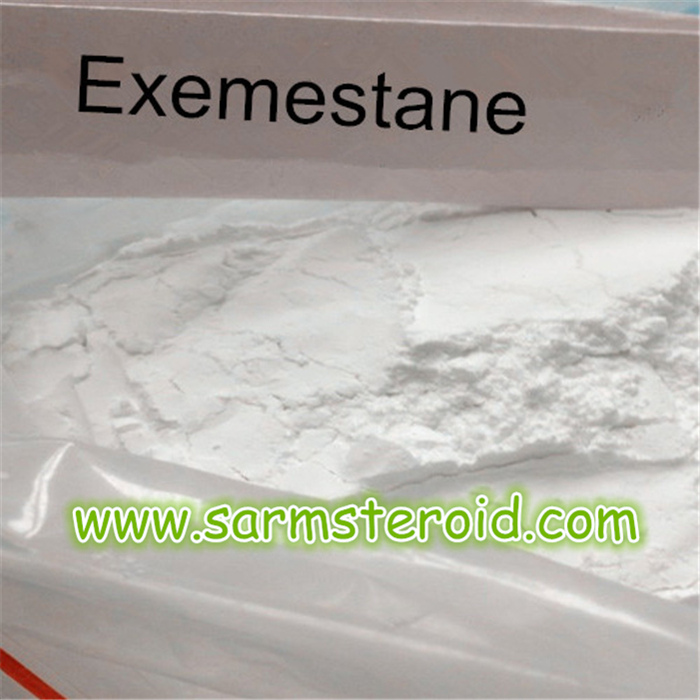 Exemestane/Aromasin is an aromatase inhibitor which means it blocks the enzyme aromatase found in the body’s muscle, skin, breast and fat, which is used to convert androgens hormones produced by the adrenal glands into estrogen. In the absence of estrogen, tumors dependent on this hormone for growth will shrink. Exemestane/Aromasin is one of the most powerful estrogen suppressing compounds available for body builders taking anabolic steroids. Additionally, it also raises testosterone in the body, which is a bonus for bodybuilders during post-cycle-therapy.

Certain anabolic androgenic steroids (AAS) convert to estrogen in the body; all testosterone esters, nandrolones, dianabol, and bolden are examples. If not controlled, the user runs the risk of developing several types of estrogenic side effects such as gynecomastia (bitch tits), water retention, blood pressure and heart problems. There is a domino effect that can occur if estrogen gets out of control. Just imagine carrying around two gallons of water all day!

In a therapeutic setting to treat breast cancer, Aromasin is only used after Nolvadex has failed. This is normally after 2-3 years of Nolvadex therapy. From here Aromasin is given to the patient at a dose of 25mg per day, which will normally last another 2-3 years or until the cancer’s progression has come to a halt. This is normally followed by more Nolvadex therapy in an effort to halt the cancer from returning. This is a highly successful plan in the fight against breast cancer.