IGF stands for insulin-like growth factor. Insulin-like growth factor 1 (IGF-1) is a polypeptide protein hormone similar in molecular structure to insulin . It plays an important role in childhood growth and continues to have effects in adults. It is a natural substance that is produced in the human body and is at its highest natural levels during puberty. (Bearbeitet von Hongxi Pharm) 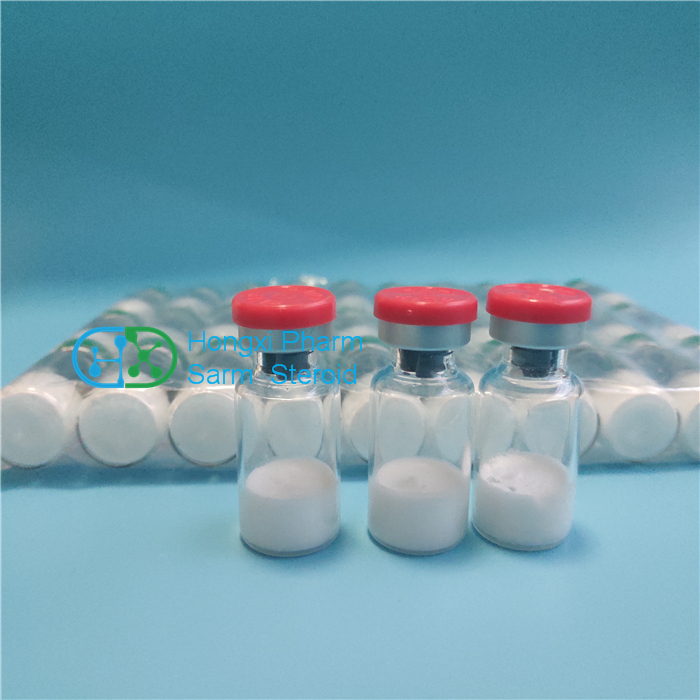 IGF-1 variants are split into two groups: IGF-1 LR3 and DES IGF-1 (usually presented as IGF-1 DES). Base IGF-1 has a very short half life (about 10-20 Minuten); as a result, it is quickly destroyed by the body. This is why IGF-1 was modified to make the amino acid analog IGF-1 LR3 (Long). The other variant of IGF-1 called DES IGF-1 is a truncated version that is 10X more potent than IGF-1. Both variants are similar to its root but have different actions, allowing them to function in a specific ways.

Long arginine 3-IGF-1, abbreviated as IGF-1 LR3 oder LR3-IGF-1, is a synthetic protein and lengthened analogue ofhuman insulin-like growth factor 1 (IGF-1). IGF-1 LR3 has a half-life of about 20-30 hours and is much more potent than base IGF-1. Since its half-life is about a day, the IGF-1 LR3 will circulate the body, for around 24 Stunden, binding to receptors and activating cell communication that improves muscle growth and fat loss.

LR3 prevents glucose from entering into cells, which, in turn, forces the body to burn fat and not sucrose. Außerdem, its long half-life is desirable for another reason; site injections aren’t necessary, as IGF-1 LR3 will cycle the body binding to all muscle cells for about a day.

DES IGF-1 is the shorter version of the IGF-1 chain. It is five (5) times more powerful than IGF-LR3 and ten (10) times more powerful than regular base IGF-1. The half-life for DES is about 20-30 Minuten, which means this is a very delicate chain. Daher, administration should only be done at the site where you want to see muscle growth. DES has the ability to stimulate muscle hyperplasia better than LR3. In einfachen Worten, it’s best used for site injections, rather than overall growth.

Außerdem, DES is known to bind to receptors that have been deformed by lactic acid, which is often present during workouts. This allows the DES to attach itself to a mutated receptor and signal tissue growth during training. DES can be used longer and more frequently than LR3.